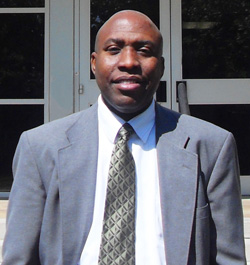 Christon Arthur currently serves as provost of Andrews University. Prior to becoming provost, he served as dean of the Andrews University School of Graduate Studies & Research since 2010, and associate provost for faculty policy and development since 2012.

Christon was born and raised in St. George’s, Grenada. He earned a Bachelor of Arts in theology from Caribbean Union College (now University of the Southern Caribbean, Trinidad & Tobago) in 1989 and three graduate degrees from Andrews University: a master’s degree in education in 1995; an EdS in curriculum & instruction in 1998 and a PhD in educational administration in 2000. He also completed postgraduate training at Harvard University’s Institute for Management and Leadership in Education.

Prior to employment at Andrews University, Christon served as an associate dean and associate professor within the College of Education at Tennessee State University (Nashville), and also as an acting and interim department head of education administration. He joined the faculty at TSU in 2001, teaching educational administration. During his tenure, he mentored undergraduate and graduate students in the research process. His mentorship led to his students co-presenting at conferences and co-authoring peer-reviewed publications. Christon was named “Researcher of the Year” for the Department of Educational Administration in 2002–03 and the university’s “Teacher of the Year” in 2004–05. Prior to working in higher education, Christon spent 12 years teaching at Grenada Seventh-day Adventist Comprehensive School.

He has led several notable funded research projects, including $11,000 annually for development and implementation of a peer-reviewed journal in the College of Education at TSU and $35,000 annually to work collaboratively with TSU Extension and Bridges Academy to integrate technology into the curriculum. He has also contributed scholarly research articles to numerous publications and delivered dozens of scholarly presentations.

Reflecting on his experience at Andrews, Christon says, “I believe it is important for us to have individuals in our lives who believe in us more than we believe in ourselves. We all have moments when we feel down or uninspired and it is especially at those moments that the people who believe in us step forward and rekindle us with inspiration, remind us of our purpose, and help us reveal our best qualities. While at Andrews University, I was surrounded by such persons. Andrews gave me more than an excellent graduate education; it gave me self-belief. Because of that experience, I live my life with a debt that I owe to the next generation.”

Larry Herr grew up in the Chicago area, graduating from Broadview Academy in 1965 and Andrews University with a BA in theology in 1970, taking as many courses at the Seminary from archaeologist Siegfried Horn as he could during his last undergraduate year.

After spending a year at the University of Basel in Switzerland to learn German, he enrolled in the PhD program at Harvard University in the Department of Near Eastern Languages and Civilizations, focusing on archaeology. His dissertation was on the development of writing among the small nations of the Holy Land and how those inscriptions could be categorized as national scripts during the time of the Israelite kings of the Old Testament. He also became a specialist in the ways in which pottery changed over time. He graduated in 1977 with a PhD and married Denise Dick (BA ’71) a few days later.

After a year at Andrews University researching the archaeological results of the Heshbon excavations that had just finished in Jordan, Larry and Denise accepted a call to spend six years as missionaries teaching in the seminary and graduate school of what is now called the Adventist International Institute of Advanced Studies near Manila, the Philippines. There he taught Old Testament subjects, archaeology, and biblical languages, while organizing the technical recordkeeping aspects of the new Adventist archaeological excavations which began near Heshbon in Jordan in 1984.

Both Larry and Denise then received appointments at Canadian University College (now Burman University) where they began teaching in 1985, elatedly moving from the tropics to Alberta in January. Larry has been known to quip: “Heaven will NOT be tropical!” They immediately felt at home there and have stayed ever since with Larry teaching in the Religious Studies department for 30 years. During that time, he has produced 166 peer-reviewed scholarly articles, 18 major books authored or edited, 50 popular articles on archaeology for church periodicals, and 17 scholarly book reviews. He has given 86 papers at professional conferences and almost 250 popular lectures in churches, schools and camp meetings. Larry has taken part in 30 archaeological excavations in Jordan, Israel and Tunisia, most as director or ceramic consultant.

He is a lifetime member of his professional organization, the American Schools of Oriental Research, and has served that organization as the chair of several committees, on editorial boards, and for 17 years has been the associate editor of the Bulletin of the American Schools of Oriental Research, the most prestigious journal in his field. He also served as president of the Canadian wing of that organization for nine years. He has published six major volumes reporting the Adventist excavations in Jordan which he directed between 1984 and 1998; two more have been completed over the last two years and are in press; he has plans to finish three more over the next three years.

He enjoys several hobbies, such as classical and jazz music, family histories, travel, and outdoor activities. 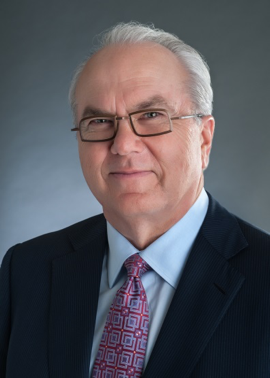 Southview Hospital, Greene Memorial Hospital, Soin Medical Center and Fort Hamilton Hospital.   Previously he was the Chief Operating Officer of Kettering Health Network.  Fred has over 40 years of healthcare experience including serving as President of Kettering Medical Center from 2001-2009.

He holds a Master’s of Science in Public Health from Loma Linda University in Loma Linda, California, and a Bachelor’s degree in Business Administration from Andrews University in Berrien Springs, Michigan.

Fred and his wife, Mary Kaye, have been married for 43 years. They have two adult married children and six grandchildren.

Dr. Walter Thompson, MD, (BA ’57) served as a Physician and Surgeon for over 50 years before retiring in 2013.  Dr. Thompson arrived at Andrews University (at that time called Emmanuel Missionary College), cashless, in early June of 1952. He immediately began work at College Wood Products where he was given a hammer and put to work assembling drawers for desks and chests before beginning his pre-medicine studies. Dr. Thompson continued to work his way through college with a year off to maintain the family farm, a job with long hours in the cafeteria bakery, and summers spent laying brick and blocks in the community.  Dr. Thompson and his wife, Avonne, arrived at Loma Linda School of Medicine in 1957, debt free!

Dr. Thompson completed his rotating internship at Hinsdale Sanitarium and Hospital (1961-1962), before traveling to Guam Mission clinic at Guam Memorial Hospital in the Marianas Islands where he stayed until 1964.  After returning from Guam, Dr. Thompson worked in General Practice at the Battle Creek Sanitarium and Hospital in Battle Creek, MI (1964-1968). Dr. Thompson went on to complete a residency in General Surgery at Loma Linda University-affiliated hospitals in California (1968-1972) before receiving his certifications of the American Board of Surgery and American Board of Family Medicine in 1972. He received his Emergency Medicine Board Certification in 1975.

With these impressive credentials and experiences, Dr. Thompson was well-equipped for his following positions at Hinsdale Sanitarium and Hospital in Hinsdale, IL, where he practiced from 1972-2000, and as a Surgical consultant and outpatient surgeon at Lawndale Christian Health Center in Chicago, IL (1972-2013).  He worked at several other hospitals in the Chicago during his career, including Bethany Hospital, Mount Sinai Hospital, and Cook County Hospital where he served as Family Practice teaching chief.  Upon his retirement, Dr. Thompson continued to volunteer at Open Arms Free Clinic in Elkhorn, Wisconsin in 2013.

Dr. Thompson is currently a member of the American College of Surgeons and the Alpha Omega Alpha Medical Honor Society. In 2000, he became a Life Member in the National Registry of Who’s Who.  Dr. Thompson has written several professional papers such as the Emergency Surgery of the Colon with Resection and Primary Anastomosis, published in the Journal of Advocate Care, Vol. 1, No. 2, Fall, 1999, and he has authored fifteen published books.

Dr. Thompson and Avonne have two children, Gregory and Cynthia.

Carrie VanDenburgh, soprano, is a California native who grew up in a musical family, studying piano and violin from an early age.  Although she loved to sing and grew up singing in choirs, she never thought it was something she would pursue until her high school choir teacher gave her a solo.  Following her graduation from high school, Carrie studied with Dr. Genevieve Kibble at Pacific Union College for two years before transferring to Andrews University to study under the tutelage of Mr. Stephen Zork.  Carrie completed her Bachelor of Music degree in Vocal Performance in 2000 and obtained her Master of Music degree in Vocal Performance in 2002, both from Andrews University.

Carrie has been the soloist for Bach’s Magnificat, John Rutter’s Gloria, Benjamin Britten’s Ceremony of Carols, Handel’s Messiah, Mozart’s Laudate Dominum, Haydn’s Lord Nelson Mass, Ramirez’s Misa Criolla, played a role in the musical Godspell, and was Julie in the musical Carousel and Marian Paroo in The Music Man with the Southwest Michigan Symphony Orchestra.  Mrs. VanDenburgh was also a winner in the Young Artist Competition at Andrews University, 2000 and 2001.

She has taught at Bridgman High School as the choral director and at Lake Michigan College where she taught aural comprehension, music theory, and voice lessons.

Currently, Carrie VanDenburgh is presently serving her eighth year as the choir teacher at Berrien Springs Middle and High School, where she teaches six ensembles. Her choirs continually receive Excellent ratings at the district and state levels.  She is also the Choir Director at Harbert Community Church.  She is also part of The Three Divas of Southwest Michigan a group that uses their background in opera, musical theatre and jazz to entertain the Southwest Michigan area.

Carrie lives in St. Joseph with her amazing and supportive husband, David VanDenburgh, her two boys Jakob and Joshua, and their dog Marlow.  She also loves and enjoys the beauty of Lake Michigan and her and her family enjoy sailing, kayaking, and paddle boarding on Lake Michigan.